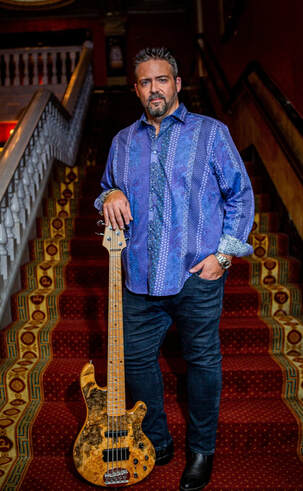 Photo by Dan Kazinski
With a music career spanning over three decades, Eric Madunic first got his start performing in his dad's '50's & '60's rock 'n' roll cover band playing keyboards and singing. While attending Milwaukee Trade & Technical High School, Eric played drums, percussion, piano, guitar, and sang in the school's music programs. During his senior year, he was the recipient of the Louis Armstrong Jazz Award, which is the "top senior jazz award" or highest level interscholastic award given to a musician.

In the following years, Eric performed in various bands throughout Southeastern Wisconsin as a keyboardist and singer. In 1997 he picked up and played a bass guitar for the first time and since then it has become his main instrument.

In 2013, he was nominated for and won the Wisconsin Area Music Industry award for "Bass Player of the Year". In 2014, he received his second nomination for "Bass Player of the Year" and in 2015 received a third consecutive nomination in the category. He also received a Wisconsin Area Music Industry award in 2015 and again in 2017 both in the category for "R&B/Soul Artist of the Year" with original Soul/Blues group Tweed Funk.

​In 2016, he served as a chief songwriter, producer, and arranger while also playing bass, Hammond organ, Rhodes electric piano, guitar, and performing backing vocals on Tweed Funk's release "Come Together". As a founding member of Milwaukee original modern alt/rock band SACRED,  he co-wrote several songs and played bass on the band's self-titled EP that was released later that year.

In 2017, Eric became a member of the Willy Porter Band, holding down the bass guitar duties for the nationally recognized contemporary singer/songwriter and guitar virtuoso.

Eric has toured extensively throughout the continental US and Europe. In addition to his current projects, he also works as a studio session/freelance musician for hire.

What people are saying...

""Eric's bass line on "Love Ain't Easy" (Tweed Funk) sports a near Richard Bona-type "pumping in the pocket" style. He definitely knows his stuff and his work is supportive and yet, has a life of its own." - Bluebird Reviews

"From the intro the listener knows what the band is all about as the horns are popping over Madunic’s killer bass line that is perfectly in time with Schoepke’s drums." - Rex & The Bass

"The bass slinks in like Jamerson with a Coffey styled guitar riff similar to "Ball Of Confusion" as the horns urge Smokey to "Light Up The Night" then bassist Madunic doubles down on Hammond organ and the backing vocals of Chrissy Dzioba and Sara Moilanen lightens the mood on the Curtis Mayfield-like anthem "Don’t Give Up." - Big City Blues Magazine​

"...Eric Madunic steals the show with a Motown groove straight out of the James Jamerson playbook..." - The Extended Play Sessions

"It's like Billy Cox and Bob Babbitt had a soul baby!!" - Dave Schoepke (Drummer/Clinician) 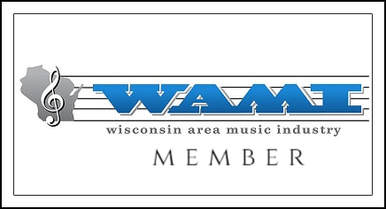